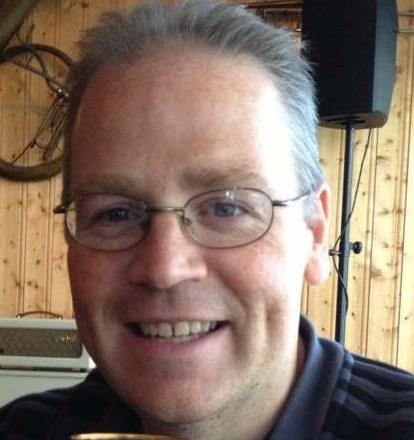 With over 30 years’ experience of following the Albion I am a well-kent face, who other supporters can trust and ask questions of.  I was a Trust Board member for 10 years from the very start and know many of the issues of what should be Exec Board / Trust Board / Trust Member decisions.

The fans of the Club must influence the direction of the Club by having the correct structure in place and the Trust Board must now be representative of the fan base.  There is no point in owning the Club if the fans have no input into the Club direction, but they must be kept informed too.

I currently administer the membership of Stirling Albion Supporters’ Club. I have good IT skills through my job. I have 15 years’ experience as a middle manager in a high school within 23 years teaching experience 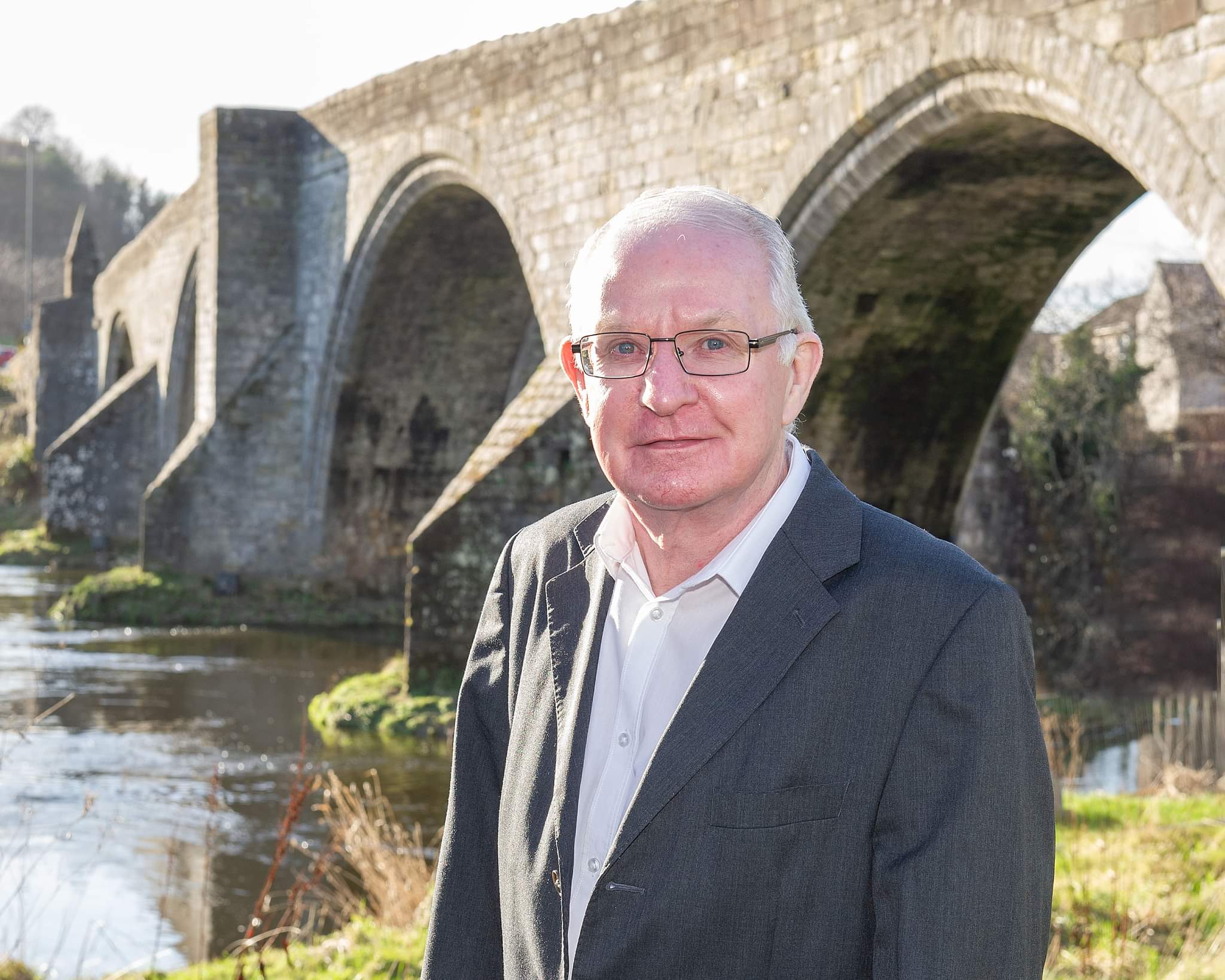 I started following the Albion in the early 1960s and in the near 60 years of watching the Albion I’ve visited every league ground. My proudest moment was working with Graham Hamilton to help organise the 50th Anniversary exhibition of of the Albion Tour to the Far East and then meeting the former players and Mrs Rumiko Ishigami (Depute Consulate General of Japan in Scotland).

I was co-founder of the Albion Supporters Trust back in 2003 and was proud to be part of the team that brought fan ownership to the Club.

In recent times I co-wrote the 75th Anniversary book on the history of the Club and am currently the “unofficial” Club Historian. 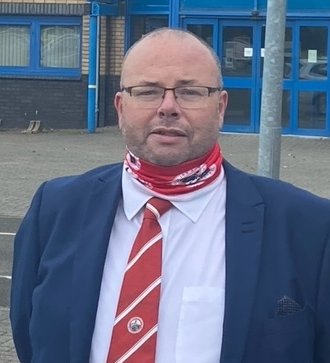 I have followed Stirling Albion since the early 1980’s, 40 years as part of the Binos Family, having held a season ticket all that time.

In the past I have been fanzine editor, served on the Supporters’ Club committee and was previously on 2 occasions part of the Supporters’ Trust including our initial season when formed in 2002. For many years my matchday duties included selling the Lottery tickets inside the turnstiles at Forthbank.

During the football clubs 75th Anniversary season I was delighted to be asked by the club board to form and chair a committee to help organise celebrations for the anniversary. A part of the celebrations involved me working alongside Jim Thomson and Graham Hamilton as co-authors of the club’s history book publication. This proved hugely successful and immediately sold out .My initial thoughts on this was to start contacting former players and captains and piecing together articles submitted by them.  From this a Former Players Association was formed and now have regular contact with over 300 former players and I chair the Association and run a private Facebook page for them. Its great to see them all being reunited with each other and I enjoy all the old stories and mickey taking. Indeed former captain Vinnie Moore donated quite a substantial amount of money to publish the book.

When Covid broke, I lost my job and offered my services to the club free of charge to help out in any capacity and assisted when “fanless” games had to take place taking temperatures etc of the players involved. I also helped the club board with their Festive Friends campaign and delivered hampers to the elderly.

The anniversary celebrations being over I was at a loss not being able to continue putting something back into the club we all take so much enjoyment (and heartache) from so put myself forward for any vacancies within the trust board.  I was touched with the response of the vote getting no objections at all and honoured to be asked to chair the board on an interim basis until the AGM.

It has not been easy and many hours are spent on Zoom meetings and going through emails etc. but the great affection I hold for this great football club makes it all worthwhile.

The chairmanship I consider an honour but I must stress I only am part of a team who represent the club owners’ (our membership) wishes and can only carry forward the memberships requests. This being the case, my usual seat at Forthbank is G55 just to the right of the directors and hospitality area should anyone wish to discuss any matter. 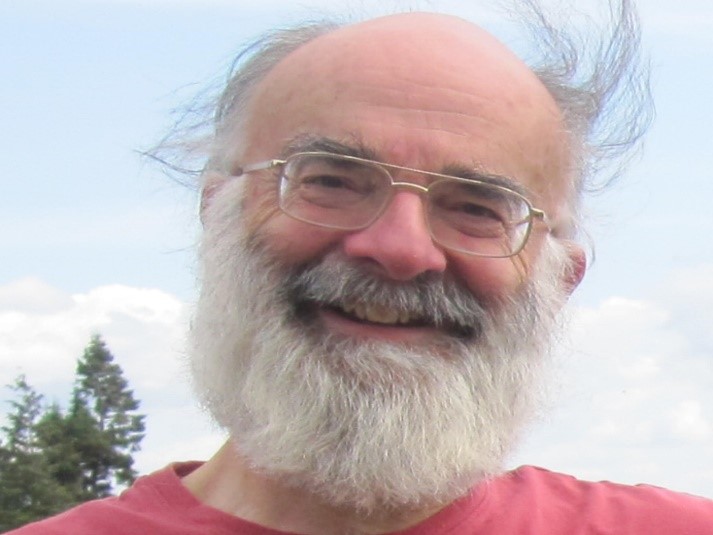 I have been watching Stirling Albion for the last twenty two years – four promotions and five relegations in that time. I can be found in seat I103 at Forthbank.  Until my knee decided that it did not like running, my main sport was orienteering, and I spent ten years organising, officiating and administrating at a national level.

Now retired, I was a lecturer in mathematics and statistics for most of my working life. I was also a trade union representative for the last fourteen years and from that I have gained much experience in studying and writing documents. Thus I hope to be able to contribute to the writing of a new set of Rules for the Trust 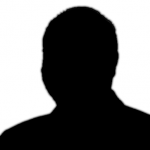 Born in Stirling, Ross was brought up by his late grandfather to be a Stirling Albion fan. But on the 4th April 1987 for a game against St Johnstone at Annfield, he graduated to becoming a supporter.

His first job was selling programmes at Annfield and he continued to do so at Forthbank until his second year at University (also in Stirling). When Ross left the area to pursue his career in England, he still continued to follow the Albion diligently. On joining the Trust Board Ross said, “Education establishments, friends, jobs and even family have passed through my life. My beloved Stirling Albion has always been a constant. I’ve travelled the length and breadth of the country and even rearranged work trips abroad to make sure I could attend important games. As the pandemic has made us find new ways of doing things remotely, I thought I’d use the opportunity to be able to do my part for the club and contribute as best I can to the Trust.”

Ross hopes one day to return to Stirling and again spend his Saturdays following the team.

I moved to the Stirling area in 1978 to join the IT department of Scottish Amicable, now Prudential, and became a regular attender at Annfield then Forthbank.  I’m now retired.

Away from work and football I have held, and continue to hold, various posts at local and national level in the administration of chess and hope that my experience in this can help me to contribute to the Trust’s work in redefining and rebuilding the relationship between the Trust and Club boards.  That has to be done so that we can work together to get Stirling Albion moving up the leagues.